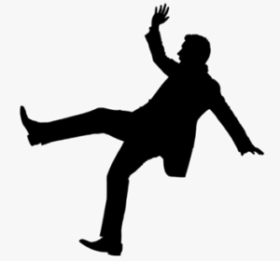 One of the most common phone calls we get at APKH&C is by a shopper who has been injured while at a store, or in a business’ parking lot or walkway. Often, it’s a fall on ice that is hard to see, or spilled liquid in a grocery store aisle, or it’s due to some other condition on the property that the store personnel likely could have remedied before anyone was hurt, but either chose not to do so or had a lax approach to customer safety. Many times, the shopper has broken an ankle or an elbow, or suffered some other significant injury, and they want to know if the store can be held liable for allowing a hazardous condition to exist for their customers to encounter.

Unfortunately, under the so-called “open and obvious” doctrine created by the Michigan Supreme Court, any condition that a “reasonably observant” customer “should have” or “could have” noticed means the fall was the customer’s sole fault, and the store has no responsibility for the injury. While there is certainly some merit to requiring people to pay attention to where they are walking, Michigan courts have taken the doctrine to extreme and absurd levels—even ruling that nearly invisible conditions such as “black ice” or ice hidden under snow are “open and obvious.” And a blind person has even been denied his day in court under the rule because the water on the floor he slipped on would have been “open and obvious” to a sighted person. Although there are a couple of exceptions to the application of this harsh rule, those exceptions rarely apply.

This court-made doctrine creates bad public policy and should be rethought by our judges or the Legislature—after all, why should shopkeepers spend time and money fixing hazards or even simply cleaning up spills in their aisles if the courts say they have no responsibility for a customer who gets hurt?

Until there is a change in the law, the “open and obvious” rule is why the courts say it’s almost always your own fault if you fell and got injured at a place of business—even if it really isn’t.